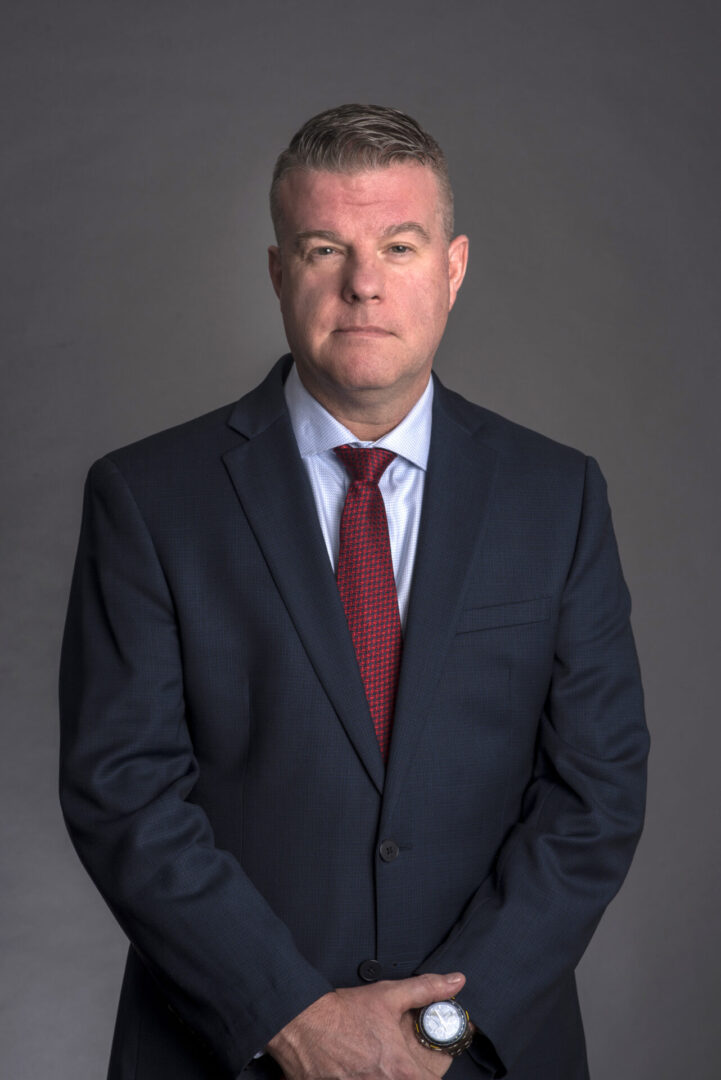 Eugene began his career as a US Marine in 1985. His Military Occupational Skills (MOS) specialized in heating, ventilation, and air conditioning. He obtained the title of Sergeant by age 22 and was honorably discharged in 1993. In 1991, Eugene was awarded a Bachelor of Science degree in Construction Management from Spring Garden College in Philadelphia, PA.

In 1989, with his love for the military and veterans, Eugene welcomed the opportunity to specialize in contracting with the Department of Defense as well as scores of other federal government agencies throughout the US. He began his construction career as an Assistant Project Manager/Estimator for Hutchinson Contracting located in Cherry Hill, NJ. Eugene quickly excelled to the position of Lead Project Manager.

Up until 1999, he was employed by several construction companies, located throughout the Delaware Valley region, specifically specializing in contracting with the federal government. In 1999, Eugene elected to establish Senate Builders & Construction Managers Inc. with the intention of the Federal Government as the sole client. He continues to serve as President and is involved in all aspects of the company.

He is a man with strong spiritual faith in God, and he is married with four beautiful children and one grandchild. As President, his duties and responsibilities include Sole Shareholder, Sole Officer, and Sole Director. Eugene determines the feasibility of all projects that the corporation wishes to pursue; interacts with all personnel using a "hands-on" approach; develops and maintains the Corporate Business Plan, regularly communicates with the General Manager, Project Managers, and Project Superintendents; interacts with clientele, accountants, bankers, bonding agency, etc. 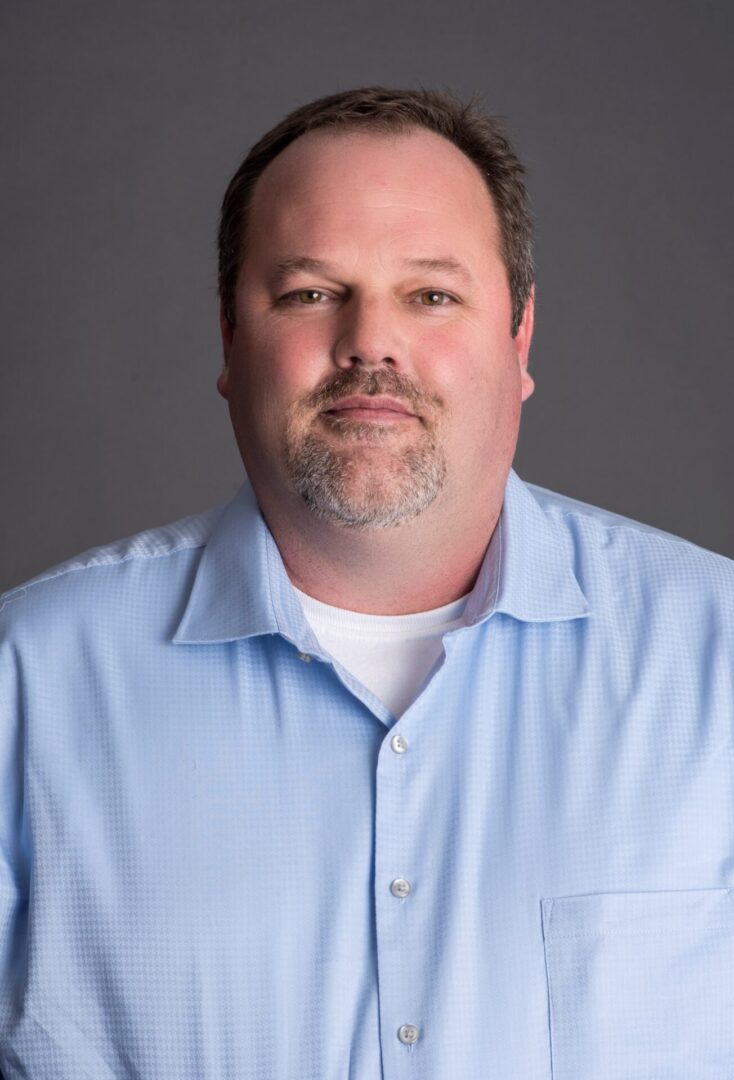 Sean is the longest-serving employee of Senate Builders. Sean "wears many company hats" and has happily done so since he joined the team in 2001. In 1995, he became an Independent Contractor for residential and commercial properties. In 1997, Sean signed a contract with a well-known government contractor, Bill Strong Enterprises Inc. located in Kansas. He worked to renovate the Family Military Housing at Tobyhanna Army Depot. Finally, in 2001, Senate Builders & Construction Managers Inc. recruited Sean to become Superintendent/Project manager for new government contracts.

He currently serves as Vice President of Construction Operations, with budgets ranging from $5 million to $15 million. Sean's duties and responsibilities include directing all tradesmen on certain contracts, maintaining daily project scheduling, ensuring adherence to Quality Control Plan and Safety Standards, communicating daily with Contract Officers Representatives, performing monthly project inspections, inspecting of material shipments, and directing project managers and construction managers. The corporation has granted Sean authority to process, purchase materials, and hire employees. He reports directly to the President of the corporation.

Mariah Martinez worked part-time completing tasks for Senate Builders while attending college at the University of the Sciences in Philadelphia, PA. In 2015, she was awarded a Bachelor of Science Degree majoring in Health Sciences. Upon graduation, Mariah showed an interest in a potential career in Senate Builders by taking on the responsibility for the company's accounting.

In 2016, Mariah was accepted into the Villanova University MBA program where she was awarded a Master’s Degree in Business in May 2020. She completely transformed Senate Builders' previous accounting methods and reporting. The company strived to complete this goal since 1999, and Mariah finally accomplished this as a key member of the team.

Mariah is responsible for all the accounting aspects including accounts payable, accounts receivable, payroll administration, job costing, financial reporting, and accounting systems integration. She reports directly to the President of the corporation and has the authority to sign financial documents, hire employees, etc. 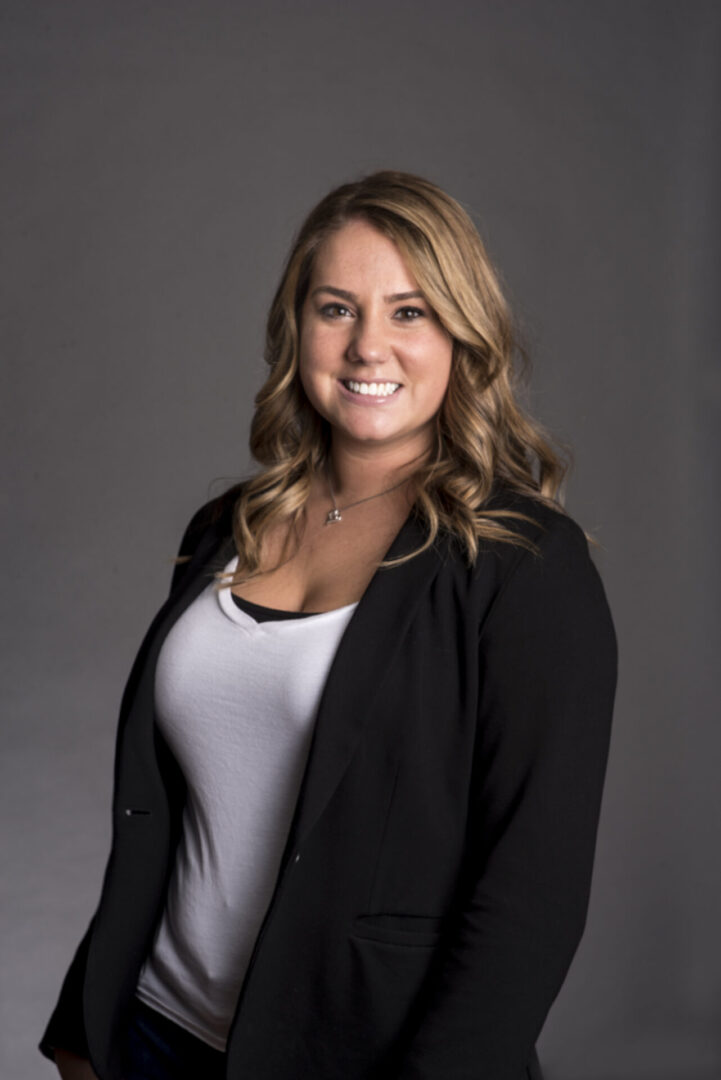 Madison is a Certified Document Controller responsible for ensuring that the proper documents for each project are created, signed, that the data is accurate, and stored.  These can include RFIs, submittals, dashboards, meeting minutes, and other relevant documents. Madison also communicates with Government contracting officers, project managers, subcontractors, and headquarters staff to ensure all documents are executed. 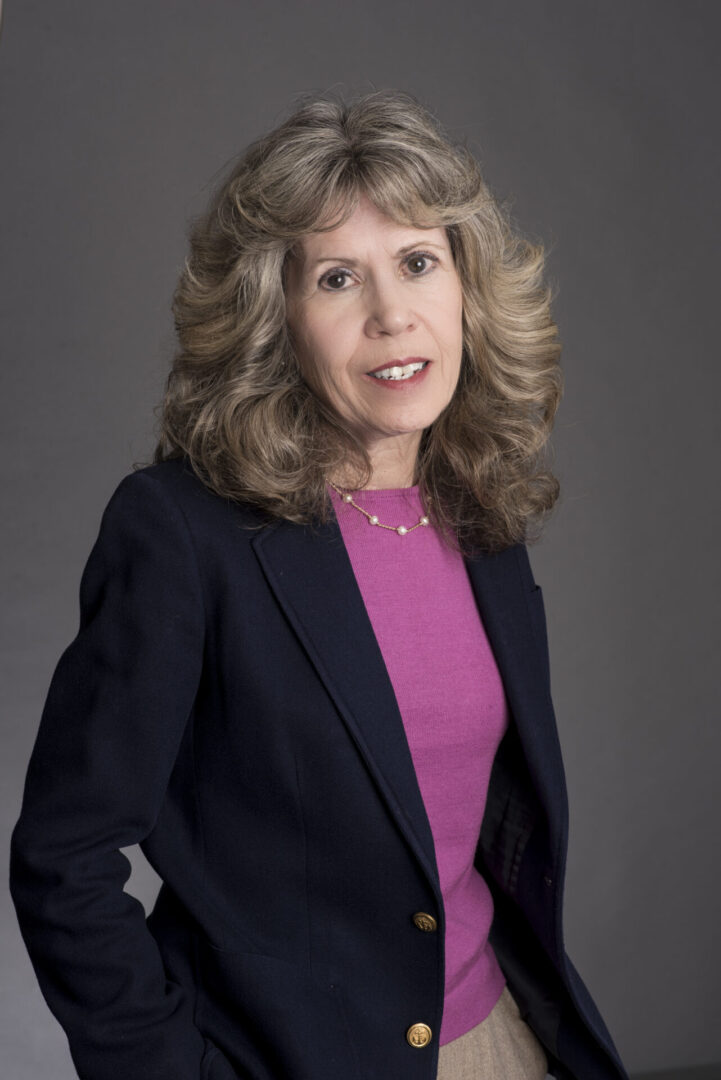 Prior to joining Senate, Bobbie was an independent office management and human resources consultant. She was also a part of the start-up team for Independent Mission Schools (IMS), a nonprofit network of 15 independent Catholic schools providing transformative education to children of all faiths in low-income neighborhoods across the City of Philadelphia. Prior to IMS, she was the office and human resources manager for O'Neill Properties Group in King of Prussia, PA. Bobbie attended the Community College of Philadelphia, and in her spare time enjoys fitness activities, home design, traveling, and spending time with her friends and family. 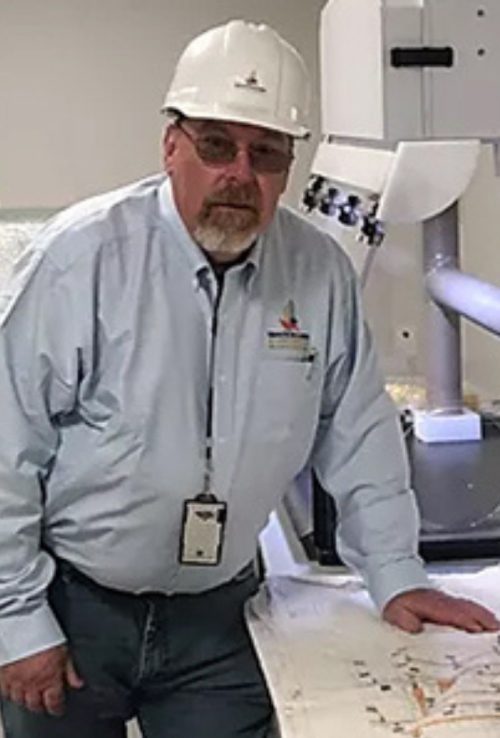 Jim has been working with Senate Builders as the Superintendent/ Project Manager since 2008. His trade skills include carpentry, electrical, plumbing, masonry, siding, roofing, flooring, and concrete placement and finishing. Before he began his career at Senate Builders, Jim was a self-employed electrician and carpenter for twelve years.

From 1996 to 2000, Jim worked as a Property Manager for Progressive Services and performed duties similar to those of a Project Manager. These duties included material take-offs, cost estimates, solicitation of contractors for bidding purposes, overseeing projects, etc. Jim then worked as a Subcontractor and Electrician for D.L. Minnich Construction for four years.

Following his work with D.L. Minnich Construction, Jim worked as a Construction Management Specialist at IIF Data Solutions. This work aided his management skills and introduced him to the world of federal contracting at the Fort Indiantown Gap Training Center. Finally, Jim began working for Senate Builders as the Superintendent/Quality Control Manager. His duties include subcontract quality supervision, providing monthly progress reports along with project schedules, providing project budgets, and performing various hands-on tasks when necessary. 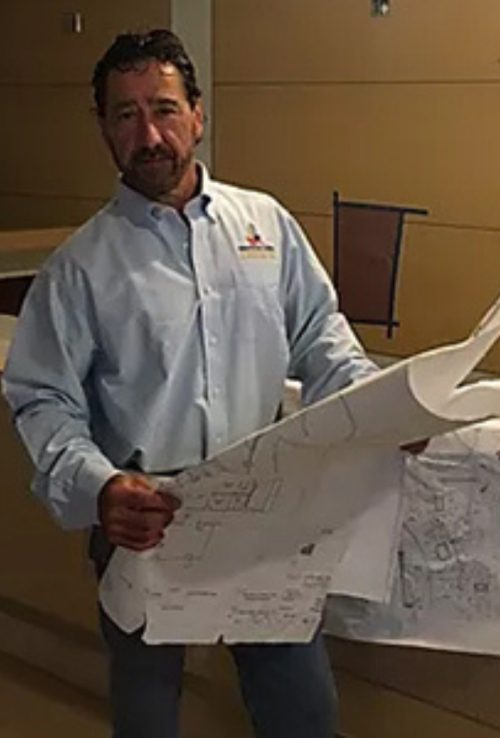 Jim Gerichten has worked with Senate Builders since 2013, and he has over 20 years of experience in all aspects of the construction industry including Project Manager, Supervisor, and previous Business Owner. From 1994 to 2009, Jim worked for Dawn til Dusk Builders Inc. as a Senior Project Manager. He designed and developed all types of commercial construction, prepared construction designs and blueprints, maintained quality control, etc.

Jim began working for the federal government in 2004 when he began working for the PA Department of Community and Economic Development. Jim was a Weatherization specialist for his time with the PA Dept. of Community and Economic Development. By 2013, Jim worked for Gillette Contracting Incorporated as the Manager/Supervisor. He planned, organized, and supervised all aspects of the commercial construction business. Presently, Jim Gerichten is the Superintendent / Quality Control Manager for Senate Builders. His past experience made him very prepared for his current role in the company. 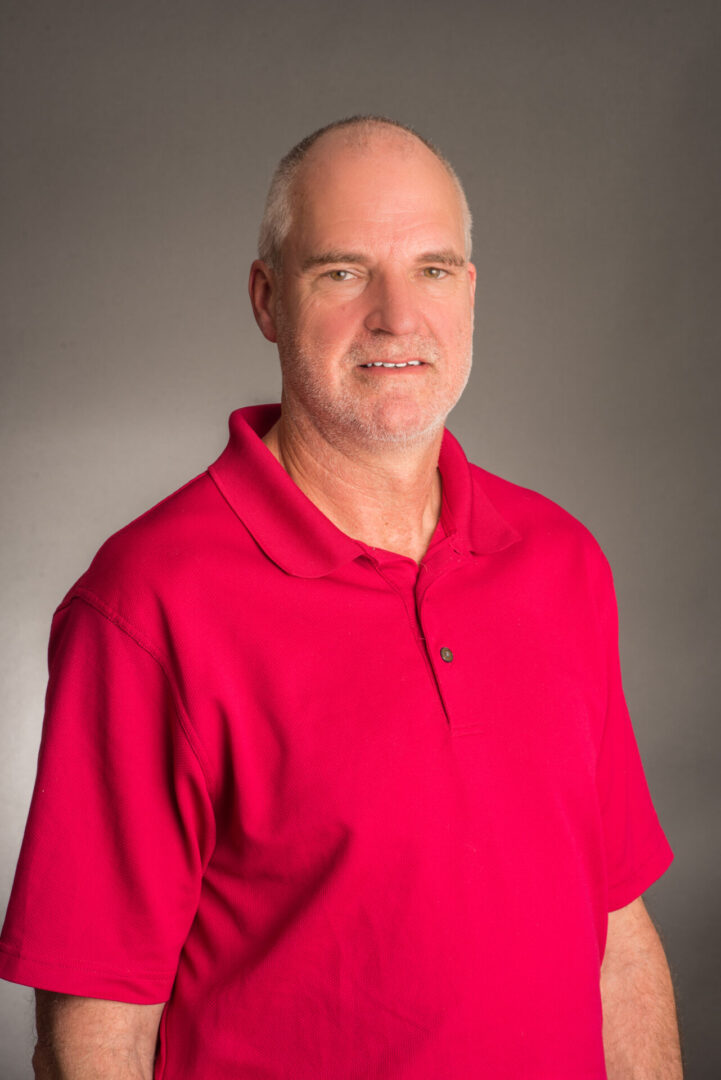 Greg started in construction management right after obtaining his Civil Engineering degree from the Colorado School of Mines.  He worked as a Contracting Officers Representative for the National Park Service for over a decade.  He gained experience as a Project Engineer working on the elevated rail lines for SEPTA and in the parking garages and on the airfield at Philadelphia International Airport.  Exploring options led him to starting his own construction companies doing custom home construction and renovations, as well as some commercial construction and specialty playground construction.  Greg brought his wide range of experience and talents to Senate Builders and Construction Managers in the Fall of 2020. 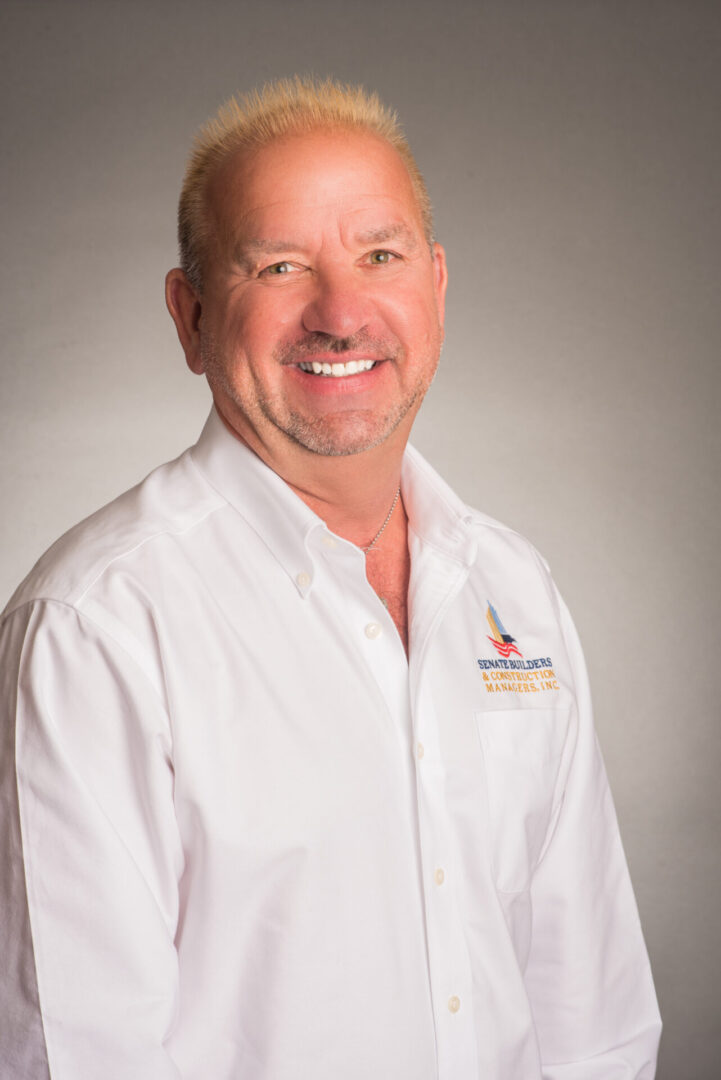 Carolina has worked with her father, who is a concrete subcontractor, during her years in high school and college. She took many roles from being a laborer, a project manager and a financial officer of the company.

Carolina graduated from Thomas Jefferson University – East Falls with a Bachelor’s Degree in Construction Management in 2021.

She wanted to work for a general contractor, learn about different trades and become a project manager which is why she chose to work for Senate Builders. Her first project with Senate Builders was the Renovation of a CT Scan Room in the VAMC in Philadelphia. She was responsible for supervising construction activities and coordinating scheduling of construction phases with contractors and sub-contractors. She also was responsible for providing owners with an up-to-date schedule, and implementing and executing a work plan to combat the results of delays, or emergencies at the construction site. 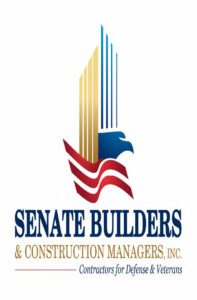 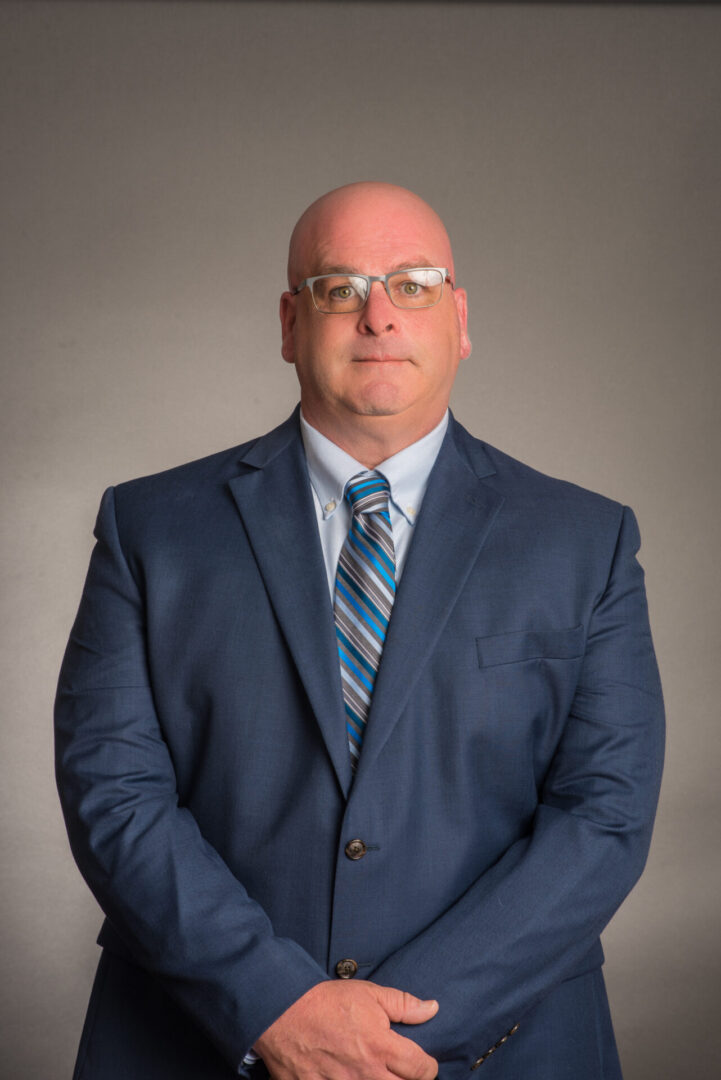 Prior to joining Senate Builders, he was associated with ASI (Advertising Specialty Institute) for almost 30 years where he progressed through roles in the imprinting, purchasing, and facility management departments.  He also gained experience in event planning and was a founding member of The Diversity Council, which held events to entertain and educate employees in the importance of diversity and acceptance.